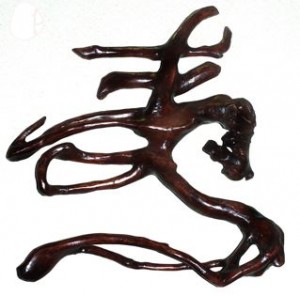 Can each of us find ways in our own lives to embrace similar positive habits to those of higher longevity elders living in “Blue Zones” around the world?

Many researchers seem to think we can.

(Image of Chinese character for longevity crafted from azalea root courtesy of assiewin at rgbstock.com)

The term “Blue Zones” is attributed to having been coined by researchers Gianni Pes and Michel Poulain. They and others have sought to find communities of persons in the world with the longest life expectancy. Exp Gerontol. 2004 Sep;39(9):1423-9.

Those locations where elders exhibit extreme or exceptional longevity while enjoying a higher level of overall wellness (relative absence of chronic diseases) have been studied by anthropologists, demographers, epidemiologists, medical researchers, etc.

Teams of these researchers have received support from National Geographic, The US National Institute on Aging, etc.

Where Are the Blue Zones Located?

The five locations that have received world-wide publicity since being deemed Blue Zones include:

What Are Some of the Common Factors Found in Blue Zones?

Previous to current day, what’s been different about living in these locations that might possibly contribute to the longer life expectancy documented for their elders?

Of all the Blue Zones, only the one in Loma Linda, California where the Seventh Day Adventist population has flourished has really been connected with the trappings of an industrialized society.

The other Blue Zone locations typically have been considered a bit remote and removed from the influences of the outside world as much as possible. In the other Blue Zones, elders have typically been involved in physical labor all of their lives in order to survive and have had much simpler, more agrarian lifestyles.

Researchers have noted that elders living the longest in those Blue Zones have historically had some of the following factors in common during their lifetimes:

What Are Some Key Environmental Differences Between Non-Blue Zones vs. Blue Zones?

Although stress is encountered in any living situation, in an industrialized society, stress is well known for its associations with chronic inflammation and disease incidence. Various approaches to dealing with inevitable stress may make a real difference in the outcomes a society and its people experience during a lifetime.

In the environment of modern day industrialized nations, some people pursue their professions first and put off marriage and put off having children. Demanding professional level jobs require initial higher education and then continuing professional education to keep up job skills & professional networks, which in turn can lead to greatly increased levels of stress in everyday life. For many persons living in modern fast-paced societies, avoiding stress or shedding stress has become quite complicated.

Members of modern industrialized societies acquire labor-saving and time-saving devices and that’s considered the norm. More people seem to prefer high-tech to low-tech even when low-tech is a very viable option. Professionals tend to hire others to do manual labor and then in turn in their non-work time head off to become runners or else gym rats, etc. to get their exercise and clear their heads of life’s daily stresses.

What is considered “local” food production is also a different concept in industrialized societies vs. on say small, self-sufficient islands. Locavore is a term in our society that refers to anything fresh that is grown within a 50 mile radius of where it is ultimately consumed, not something grown in your’s or your neighbor’s yard. 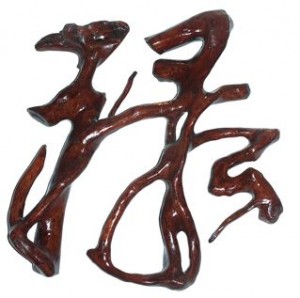 Industrious, responsible people in industrialized societies tend to do all they can to put away savings for retirement, hoping to experience monetary security, a better pace of life, and happiness in what has been portrayed by society as the “Golden Years” so-to-speak.

Governments and businesses have all continued to promote that idyllic vision of aging despite factual evidence of disease incidence to the contrary, while also asking citizens to carry insurance (such as long term care insurance) and make plans to prepare for less desirable later-life alternatives. Living the American forefather’s ideal of “life, liberty and the pursuit of happiness” can be a bit more complex in an industrialized society setting vs. an agrarian setting.

(Image of Chinese character for money crafted from azalea root courtesy of assiewin at rgbstock.com)

Additionally, the perception of what is a more desirable quality of life may be quite different for many persons living today in an industrialized society from that of the elders who have lived to exceptional ages in the researcher-designated more agrarian Blue Zones per se.

What Else Did Researchers Learn About Elders Living in Blue Zones?

In Part 2 of this blog series we’ll discuss the other traits exhibited by elders living in the Blue Zones and noted by the researchers who studied them; touch on additional research done elsewhere not specifically in the area of longevity, but focusing on happiness; and mention a tool you can use if you desire to try applying any of the lessons learned from the Blue Zones longevity research to your own life.

Remember there’s still time this year to change your habits if you really want to.

Note that the above is only offered for infotainment purposes, as is all content on this site. As always, we urge you to discuss any health related concerns you or your family members may have with those health care practitioner(s) who are credentialed along with being certified/licensed to practice in your location. Being under their care gives you the opportunity to discuss specifics unique to your own and/or your family’s health situation accordingly.

Ramadan is considered the holiest of the four holy months observed by ~ 1.6 billion Muslims worldwide. In 2014, Ramadan is observed from June 28th – July 27th. Once again, we have invited  Teba Abdul Lateef, a Registered Dietitian (RD) certified by the Pakistan Nutrition and  Dietetic Society, to contribute as a Guest Author for this month. Teba was last featured as a Guest Author back in March for National Nutrition Month. During the academic year, Teba serves as a Lecturer in the Department of Nutrition and Dietetics at the Ra’ana Liaquat Ali Khan Govt. College of Home Economics in Karachi. (Grand Mosque picture